The birth place of Lord Krishna, “the best known, best loved and most complex of Lord Vishnu’s manifestations” – Mathura is today an important place of Temples. The city situated on the bank of the Yamuna River and the continuous line of ghats along the river makes a splendid spectacle when viewed from the opposite bank. Today, Mathura is a city of temples and places of pilgrimage flooded with the thousands of devotees, coming to visit the city of Lord Krishna.

The forest land of Vrindavan in Mathura district of Uttar Pradesh finds its mention in epics like Ramayana and Mahabharata as the playground of Lord Krishna. It is where he spent his childhood and performed various unfathomable miracles. While the forest of Vrindavan has condensed to a few square kilometres, the land still holds its spiritual aura and a profound religious charm that attracts millions from practically every country and every religion in the world.

As you enter Vrindavan from Chhatikara Mod, you will find a myriad setup of hotels, eateries and residential societies (some under construction) around you. There are over 2000 temples in Vrindavan, some are clearly more popular than the rest. 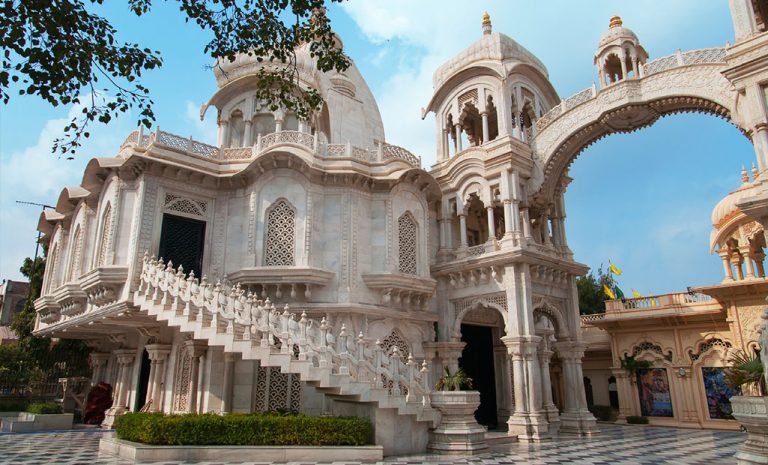 Top Things to see around Vrindavan

The best way to get around especially Vrindavan is by walk. It would surely take more than a couple of days to get around the temples here. Several pilgrims and spiritual people from all over the country throng the place. There are several temples to visit here to see the land of Krishna here in Braj. One of the top sightseeing spots in Vrindavan is the oldest temples around Vrindavan.

There are a total of seven Prachin Temple but pilgrims generally visit all or most of the temples here. Madan Mohanji, Radha Damodaran Temple, Radha Shyamsunder, Baanke Bihari, Gokulananda, Gopinath, and Govindadeva are the most famous ones.

1. Madan Mohanji
The Prachin Mandir translates into Ancient Temples. The history of this temple Madan Mohanji dates back to the 1500s. As you go higher up the temple climbing up the stairs you will feel the quiet and peace and worth your entire trip.

2. Radha Damodar Temple
Here, there are numerous statues depicting the Lord Krishna. There are Samadhi of mostly of those who walked thirty five kilometers everyday which was known as Govardhan Parikrama. One special sightseeing spot to look for is a small rock that contains the footprints of Krishna along with the hoof print of a cow. It is believed that Krishna was so pleased with the strong devotion of Jiva Goswami that he gave a ‘darshan’ here. The Jiva Goswami Samadhi is also here.

3. Mirabai Temple
Close by to the famous Jiva Goswami Samadhi is the little Mirabai Temple. It is believed that Mirabai scolded Jiva Goswami as he refused Mirabai putting forth the reason of celibacy. Do not imagine a vast or enormous temple like the rest of them. A small temple standing by itself in humble architecture attracts a lot of tourists.

4. Govinda dev Temple
It is said that here Mirabai found ‘her Krishna’ when she arrived at Vrindavan. It is believed this building could once be spotted from Jaipur when it was originally seven stories high. Built by Raja Man Singh by 1590 it is a brick colored three storied ancient temple with decent architecture.

5. Sri Gopinath Temple
Close to the Govindadeva Temple is this temple believed with marvelous architecture and deity carved 5000 years ago. Founded by Madhu Pundit Goswami, the three deities was carved by Sri Krishna’s grandson, Vajranabha and rediscovered by Paramananda Goswami at Vamsi –Vata. The deities were carved by description of Uttara, Parikshit’s mother. The Samadhi of Sri Madhu Pundit, who took over the seva, is there behind the temple structure.

7. Baanke Bihari Temple
Another famous Krishna temple in Vrindavan is the Bankey Bihari Temple where it is believed that Shri Bankey Bihari made an appearance in Nidhivan. The Goswamis or saints helped in the building of the temple started in 1863/ 64. The words Bankey translates to ‘Bent in three places’ while Bihari means ‘supreme enjoyer’. Visitors find a unique way of worship as neither bell ring nor conch shells sound. People chant ‘Radha Naam’ while bhog and Prasad are offered during festival times here.

Other Famous Temples & Ghats
There are various other temples such as ISKCON Temple, the Rangji and Bankey Bihari Temple etc.

As the place is famous for pilgrims there is no dearth for accommodation to stay.

However if you looking for a unique spiritual retreat and experience, contact our front desk to learn more on current offers and packages.

could also be interest for you 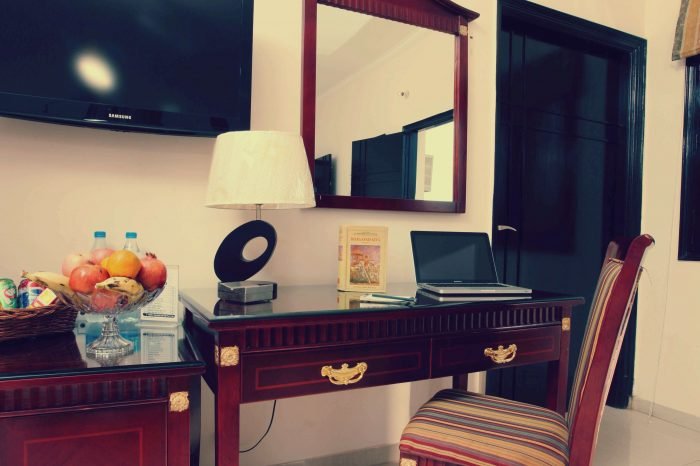 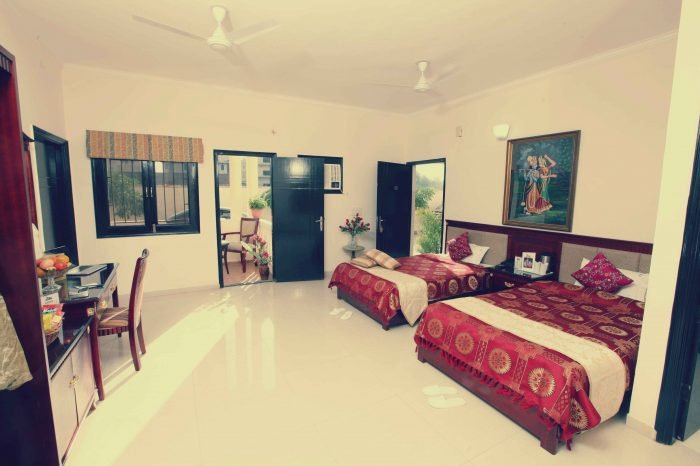 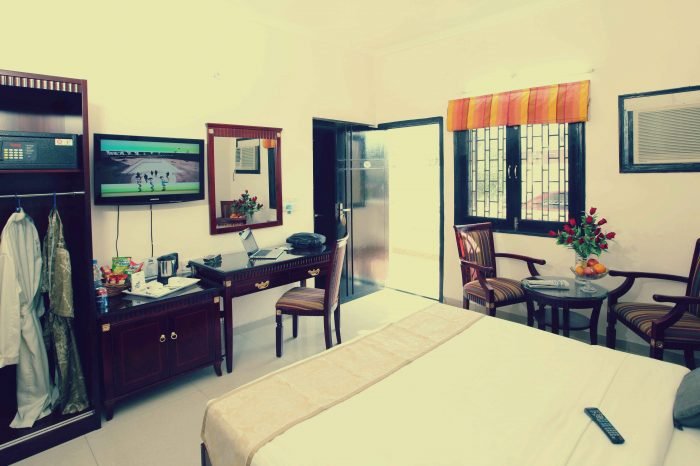 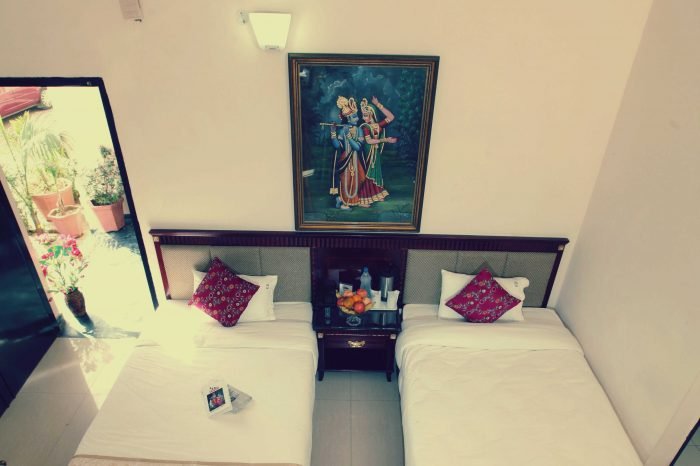